Ok, Matt is in San Antonio, not Dallas, but I still think my title is funny.

Anyway, I received my end of our monthly box breaks, namely a box of 2015 Stadium Club. I know they've been shown to death, but it's such a gorgeous set that it deserves it.

As expected with Stadium Club, you get beautiful base cards, inserts that are half interesting, parallels that are pointless, and very common on-card autos that can be found for very cheap on Ebay. All this in a 16 pack/8 card box (in the same package, I received a 93 Leaf box, with 36 packs and 14 cards per pack. The stack is much higher). I'm being a little sarcastic because that's just who I am, but I still enjoyed busting open those packs, despite the fact that the box cost me about $110, if I factor in shipping and customs.

Let's see if it was worth it, knowing that I have the NL teams + Blue Jays and Matt has AL + Pirates (hint : nope, not worth it) 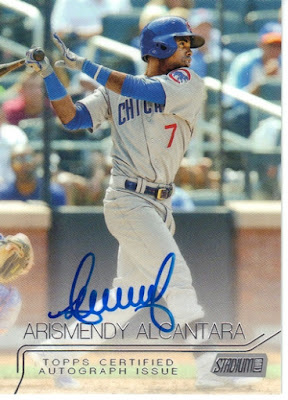 The good thing about the break is that the hits were evenly distributed. We each got an auto (his is a bit better), which is always a good thing, and exactly what we're looking for. We wouldn't want jealousy to tear our friendship apart ! I don't have much to say about Alcantara, sorry ! I'm sure he's a nice guy. 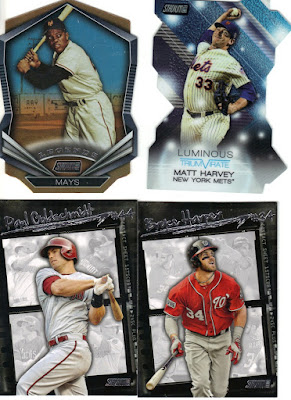 The Mays is pretty nice. And at least, I got this season's two best hitters in the NL (yes, that statement is open for debate. And I'm not talking about Harvey). 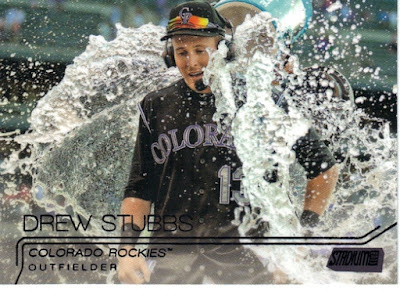 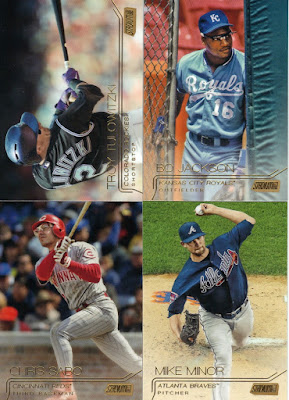 boring gold parallels (yes, I know Bo Jackson isn't an NL player, but Matt was kind enough to let me have it (let's not take that sentence out of context))

And now, for the base cards you've seen hundreds of times : 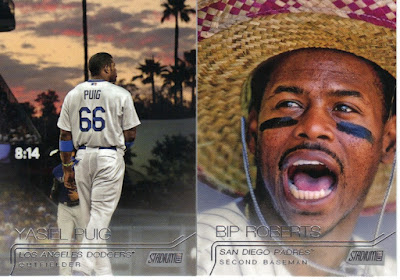 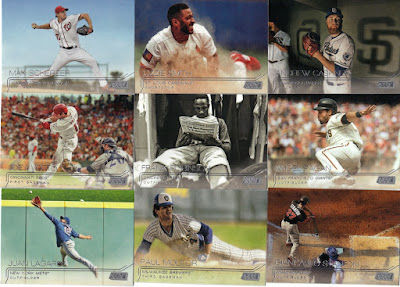 So there you go. Incredible looking cards, but considering what they cost me, it'd been simpler to just buy a complete set, especially since I don't care much about the inserts or parallels. In an ideal world, I would've gotten the Donaldson auto, but you can't always get what you want, as they say.

Along with a box of 93 Leaf, I also bought a couple of 2014 Heritage blasters. There were the usual inserts and SPs, but there also was that card : 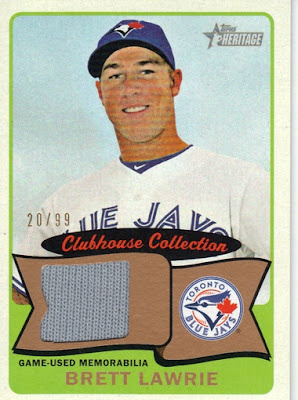 Which is a pretty lucky pull to get in a blaster (it's seeded 1:720), plus it's a Blue Jays player. So yay ! Here I am, all excited about a game used patch numbered out of 99...maybe I'm not sarcastic enough after all