Making a pause during the Olympics to show off cards

Things have been very slow lately card-wise at Papoy HQ in France. No new cards added in July (I was away most of the time on vacation instead of gorging myself in 90s cardboard like I usually do in the summer) and I haven't received a trade package since the month of May. I definitely need to address that issue and start packing cards to send out to my fellow bloggers !

Before going to Britanny, I did however have Comc send a few cards I had accumulated from a couple ebay dealers the previous weeks. This allowed me to see that they increased shipping from $3 to $5. Ah well. Still way worth it and a great all around service. 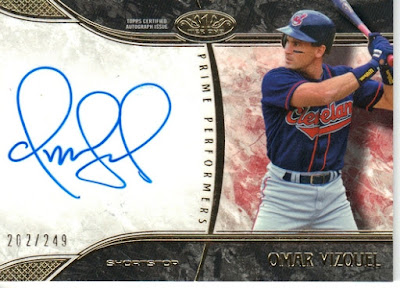 Woohoo, one of my main PC guy's first auto ! There are many Vizquel autos available out there, but I was just waiting for the right card, I suppose, and decided this was it. Got it for $11 I think , and it's nice and on-card. 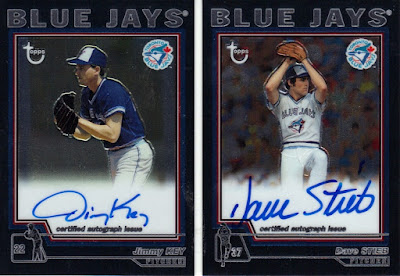 This one seller had those two cards with BIN options. I made an offer ($6 each) which was accepted, and that's pretty normal since those are not encased. And man, I love that collection. So much that I then realized I already had the Dave Stieb (forgot to put it in my spreadsheet, so that had me fooled). I now have 2 mustache-less Dave Stieb autos in my collection. On the other hand, this is my first Jimmy Key auto, who was really underrated in his Blue Jays days. 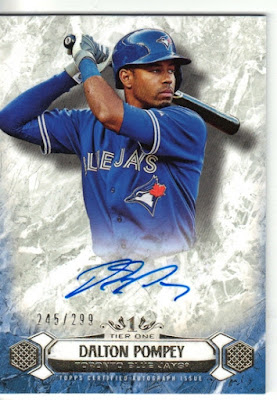 The good thing about a player being assigned to the minors is that his cards (usually) stay cheap. I'm hoping he gets called up next season despite a so-so season at AAA. 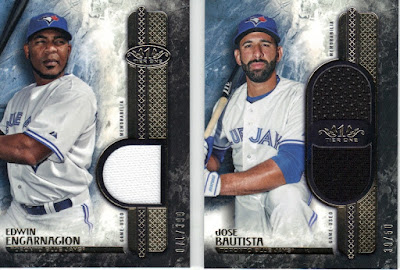 Those two shouldn't be reassigned any time soon. I liked those cards, and even more the fact that they were .99ct each. Not that they're really worth more 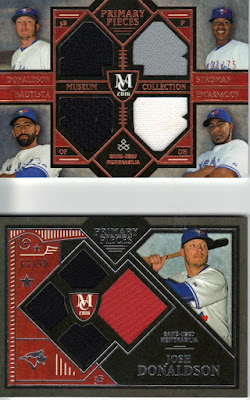 A couple of real nice quad Museum Collection relics. Unless I get completely mad, I'll never open one of those high end boxes, so cherry picking cards here and there ($5 each) is a nice option. I especially like that red fabric on the Donaldson. Maybe it's from Canada Day. 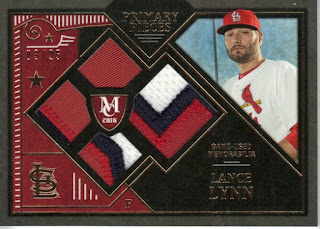 And finally, a random card of a random player. A good player, mind you (out for the season apparently), but random to me. But I picked it up because I thought the patch was very purty and I like my cards to be pretty, even when they're of Cardinals players.

So there, finally some cards to show off here ! Hope everybody's having a nice summer, I'll go back to watching the Olympics 10 hours per day !
Posted by Kevin Papoy at 10:06 AM 6 comments: