I needed to find some trade bait on Ebay for my usual trade partners, and as always, I figured I might as well grab a few cards for my own collection, mainly to attenuate the shipping charges to France. Hence a variety of cards I wouldn't have bought otherwise, but that seemed interesting enough to get anyhow ! I don't have that many to show since most will be shipped out, but ah well...

On a side note, we found a new place and are moving out in a couple of weeks. Needless to say, it's an absolute mess right now at my apartment ! I have way, way too many books. Cards are actually the least of my concern, even though I bought three 5000 card monster boxes to help me sort everything out and make things easier. I'm excited to put all my cards in a new place and reorganize everything, but it's soooo much work. But as long as they're able to hook me up to the Internet the day I move in, it'll be all good. Mainly because I'll finally have ultra high speed Internet, which means I'll finally be able to watch MLB games in HD. Major improvement in my life !

Yeah, I know, it's basketball, but it's impossible not to love those 'By the letter' autos. Amazing looking cards (and the players aren't that shabby, actually) 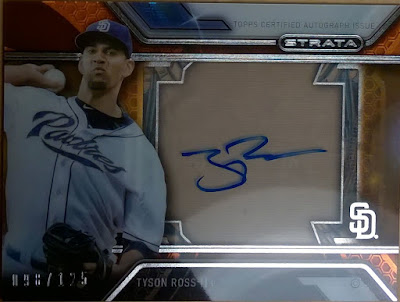 I was curious to have a Strate auto, as I've always been a sucker for acetate. I have no idea who Tyson Ross is, and his auto is less than impressive, but it was .99ct, so it was good enough for me. 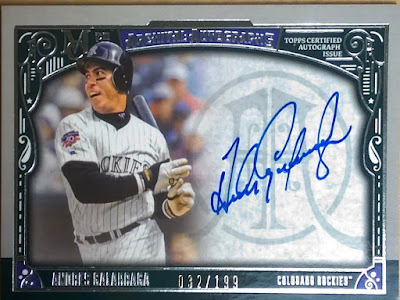 I've always liked the Big Cat, probably because I followed the 93 and 94 seasons closer than any other ones and he had great stats then and even gold gloves despite being on the heavy side. Nice on card auto too ! 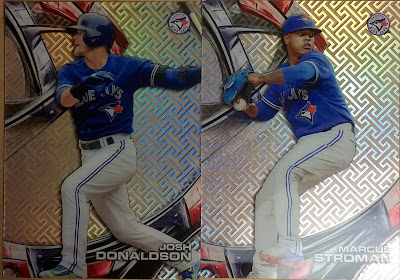 And finally, I bought this lot of 2016 High Tek, mainly because there were 2 Blue Jays and Vlad. Figuring Tek out brings me headaches as always. 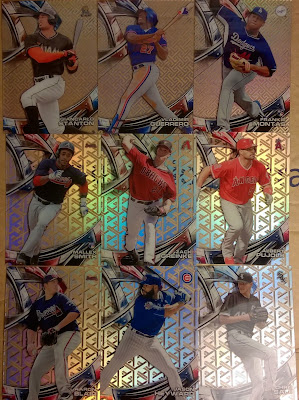