I haven't lost interest in card collecting at all (well, maybe it's toned down at most), but less budget and increased shipping costs means I don't really have anybody left with whom to trade (you know who you are !) and trade bait is harder to come by anyway. As far as boxes go, new products bore me and I'm pretty much caught up with 90s roducts (says the guy who just bought 5 boxes of DOnruss/Leaf 93 to 95 cards), so I'll usually place a couple of orders a year instead of 5 or 6.

I do still pick up cards on Comc, though and cardbarrel, and there's still the box breaks with Matt and Brian (I was too ashamed to show my 2019 flagship box from our last break, since I'm the one who picked it and there were no hits in it. Too bad for the guarantee in 'one hit per box guaranteed'. You can ask them to send one to you, but you need to send the paper wraps and proof of purchase. $15 shipping for a random relic didn't sound too sexy to my ears so I let it go).

Anyway, things are good here in France, despite landmarks bursting in flames !

And today I received my Comc order, so things are even better 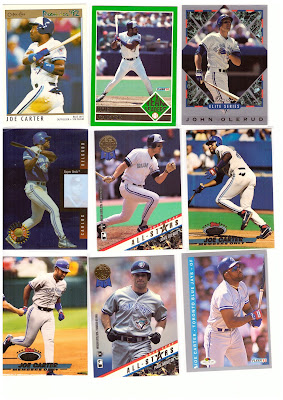 You know it's a good day when you add some Carters, Olerud and Delgados to your collection. The Olerud Elite is actually my very first Elite. Those things don't come cheap ! Ok, this one cost $2.5, but to me it's a lot for a non auto. I pulled a Tony Gwynn from my 94 box I received last week, but 99% of cards were ruined due to sticky UV coating. Still nice to pull one from a pack. 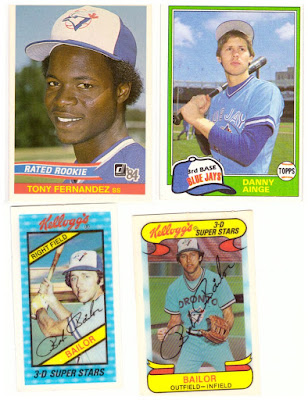 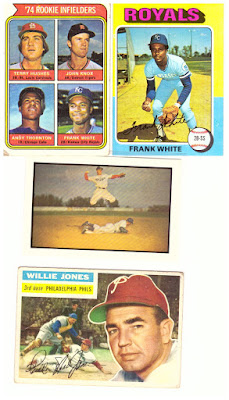 I'm glad Frank White isn't that popular, it allows me to snatch his RC for dirt cheap. I actually had my eyes on a vintage 53 Bowman Pee Wee Reese because that card is a beauty...just waiting for the right opportunity. In the meantime, a reprint (albeit not a very good one) will do !

I saw that Willie Jones card on a message board and thought it was stunning. 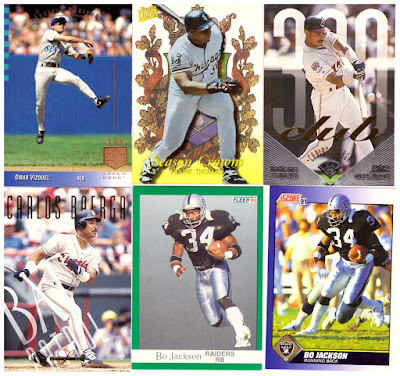 Some PC, with a great Vizquel and a nice acetate Big Hurt. 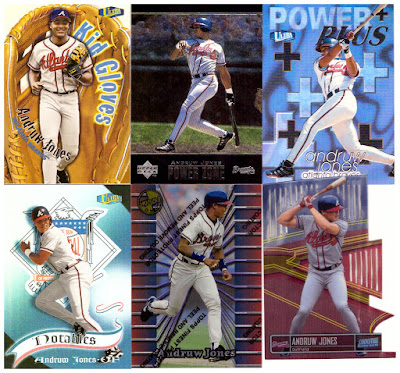 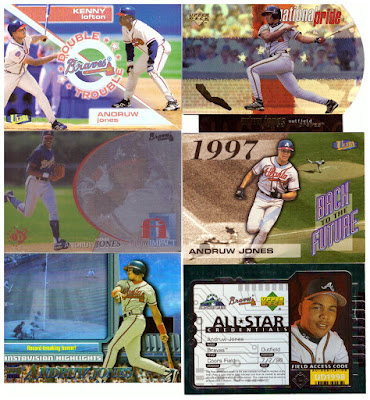 I've said it countless times, but collecting Andruw is great because 25 years later, you get to add all those insane mid to late 90s inserts for almost nothing. Unless, of course, he's on a card with Junior...Lots of shiny stuff in there, and of course that protective peel isn't there anymore. 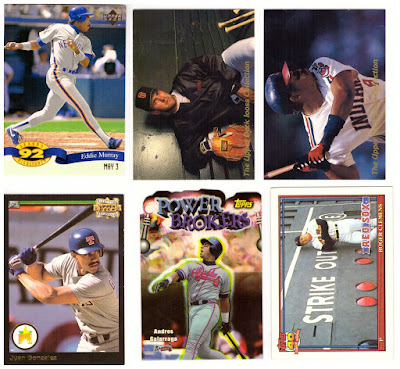 I'm still trying to complete the 93 UD master set (my favorite of all time for nostalgic reasons. My equivalent of Night Owl's 75 Topps), but I'm not sure I can make it happen because of those jumbo only 92 highlights .
That Power brokers insert is insane. I didn't know Topps had that in them.
And of course, that Clemens is iconic and a must have in any collection.