This time, for our usual Transatlantic triple break, Matt picked a box of 2016 Finest. Typically the kind of box I'd never bust on my own, so I'm happy about that choice. That said, there wasn't much in it for me in terms of hits (and not many cards altogether in the box, as is often the case with semi high end cards), but the cards are still very cool, so thanks Matt for the break ! 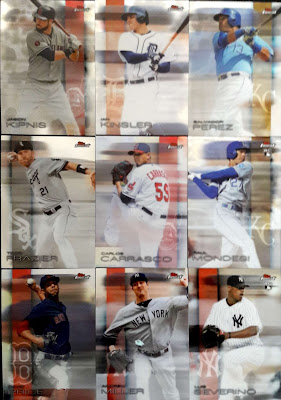 The Carrasco is actually a little shinier than the others. I wonder if it's a refractor ? I remember how tough it was to tell a refractor from a normal card at the very beginning in the 90s. At least, now they write it at the back. 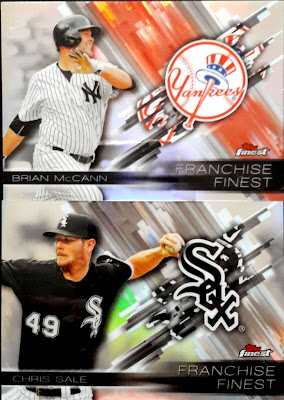 Some shiny inserts of Franchise finest no longer with said franchises. Ah well. 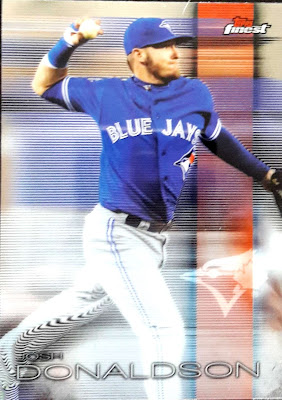 And as always, Matt sent some amazingly incredible cards to go with the box break. Let's look at them, one punch at a time : 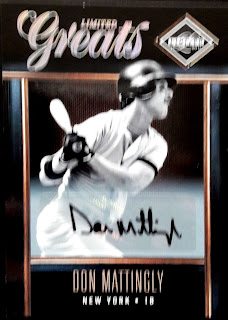 First major blow : that Mattingly auto (sorry about the poor quality of the photo, I guess I was trembling with excitement), straight from Matt's collection. At first, I thought it was a Leaf card, because of the logo on the top right. But it's actually a Panini Limited Greats. Goes to show that I'd hardly noticed the absence of pinstripes and logo. As long as the mustache is there... 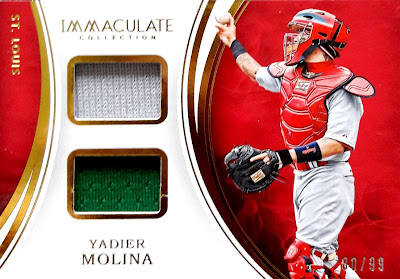 Catchers seem to make Panini's job easier, and that's a gorgeous card of Yadier. Not sure what that green jersey is all about though. 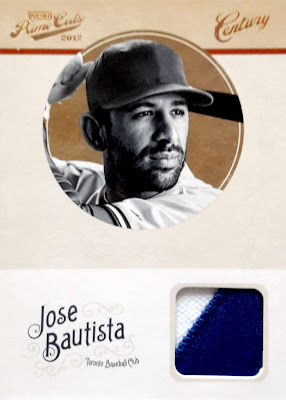 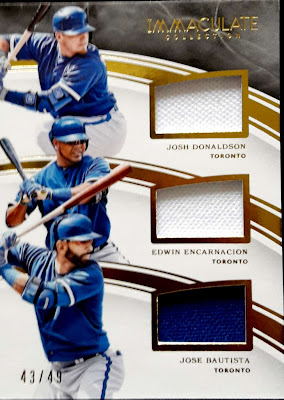 The 3 biggest stars from the team on one single great looking card (I really like Immaculate). Great to see that there's some blue in there and not just white, which adds to it ! 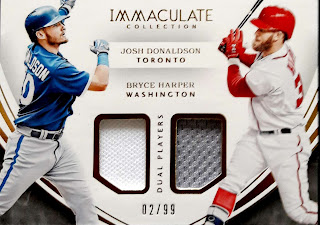 The type of card I'd never chase, because there are two major stars on it (and Harper is killing it this year). Wow ! 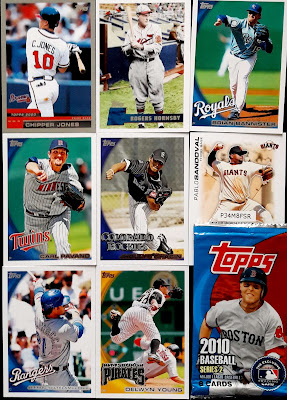 For good measure, Matt included a pack of 2010 Topps series 2. Because I can never get enough packs to bust ! Saltalamacchia was 1 for 25 this year before being released. Slightly under the overall BA for the Blue Jays so far.

Thanks Matt, I'm always floored by your generosity and how you always hand pick the cards you send me. A lot of my favorite cards from my collection come from Morgantown !
Posted by Kevin Papoy at 5:45 AM 4 comments:

93 UD State of the Union

Since I had a pending shipment from COMC, I figured I might as well add a few cards to the cart. I therefore inched a little closer to my 93 UD set completion with some new blood. It's always a pain to pay more than a few cents for mainstream 90s cards, but I'll do it for select cards from the main set, and of course for inserts. And those that I can't add for less than $1 can just wait...Which explains why I don't have any Highlights cards. 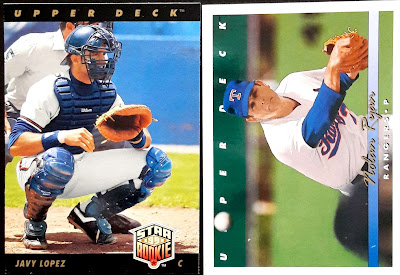 Maybe it's because I've seen it so much, but I was surprised to see I was missing the Javy RC. Then again, The Jeter has always eluded me, despite busting a lot of packs... 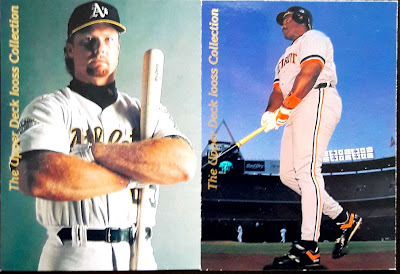 My favorite insert with Then & Now holograms ! Still missing a couple of those 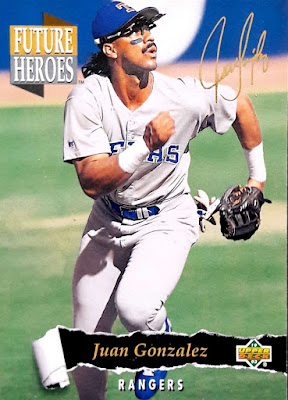 Another insert I love, mainly because I've looked at the Griffey many, many times (I had a t shirt with the card on it, actually). Gonzalez was the last card I needed from the set, except for the checklist and header card. 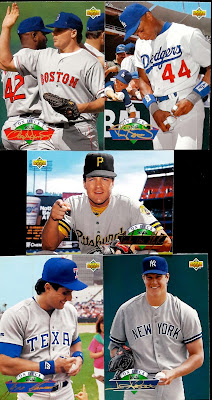 I really like the On deck insert set, but it doesn't strike as much a chord as the other ones, as I never pulled any from packs back in the day. They were inserted in Jumbo packs only, as were the HR Heroes that I'm showing next. Canseco, Van Slyke, Clemens, Strawberry...and Abbott. Sorry man, can't really put you in the same group as these "gentlemen" ! 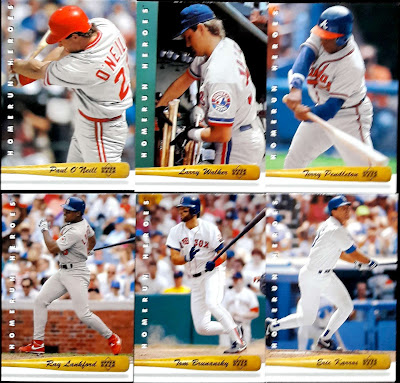 I'm almost there ! I just need a little help with the commons from flagship, before I pick up the last inserts left, even if it means dishing a few dollars more than they are worth !