The present trading is NOW

Along with the contents of our box break, Brian also sent some extras for our ongoing trading. 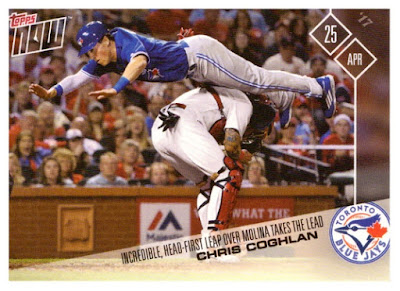 My very first Topps Now card ! I love the concept, but the price tag is too steep for my taste (I wonder what the shipping rates to Europe are, if there are any). I was very excited to get that one, as it doesn't get much better than that photo. A little over 800 were produced, which is a lot for Topps Now (Blue Jays cards rarely go up more than a 300 print run), but you can definitely understand the appeal to non Blue Jays collectors also. It's a great idea for a trade though ! Plus, Coghlan is flying over Yadier Molina, which makes it count double, as Molina is PC. 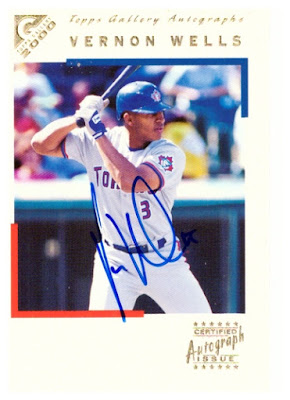 A nice on card auto of a Blue Jay favorite (well, except for that contract...) on one of my favorite sets. Bingo ! 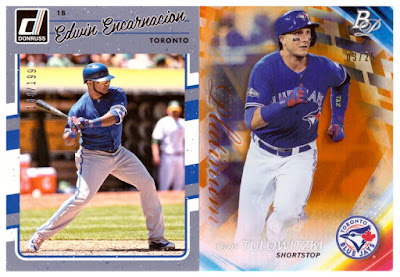 Numbered parallels, yay ! I do like that Platinum one a lot. 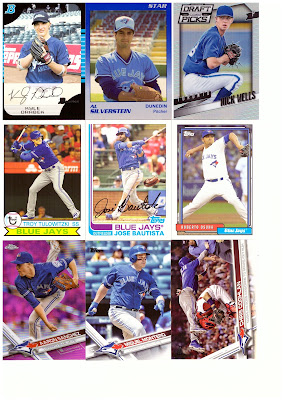 More Blue Jays, including my first taste at 2017 Archives and Update. I saw the Coghlan on Nick's blog (same action, different angle than on the Topps Now, the latter being more interesting IMHO as you see his face, but I do like how the umpire is included there) and instantly put it on my virtual want list, hoping very very hard that someone would send it to me. And tadah, a few days later, here it is. 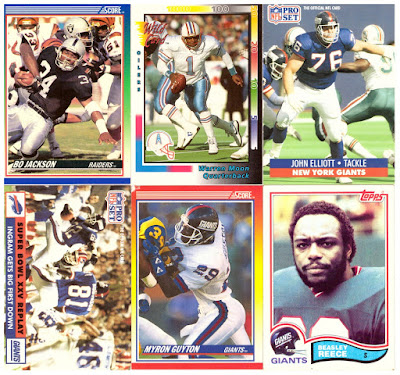 I always enjoy getting football cards, as I don't buy any. I love that Bo Jackson card ! 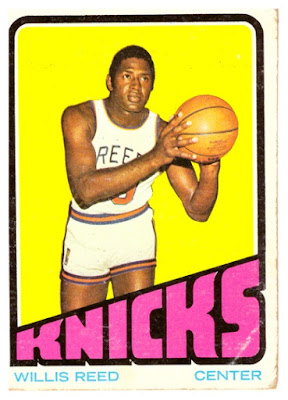 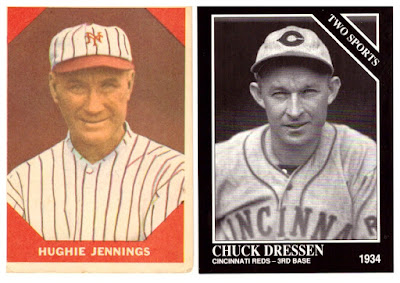 I knew of Hughie Jennings from his days in Detroit, and did not know he'd been manager for the NY Giants. Nice addition to my Giants collection ! Brian also knows (like Bo), that I'm a big fan of athletes that are able to compete in two sports at a professional level. Such was the case with Chuck Dressen, who was also a football player. I found out, by reading the back of that Conlon card, that he was the manager who had Branco pitch to Thomson for the Shot hear 'round the world 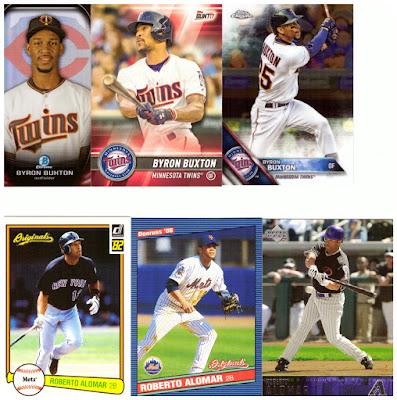 Brian's also aware that I love great defensive players. So, even though they're part of his Twins collection, he was kind enough to send me those Buxton cards. Nice choice ! Same with former Blue Jays great Robbie Alomar. Very strange to see him in a D-Backs uniform. 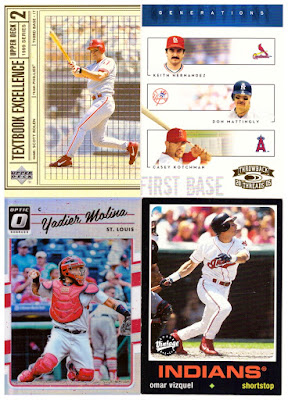 More PC ! Including a Hernandez/Mattingly combo 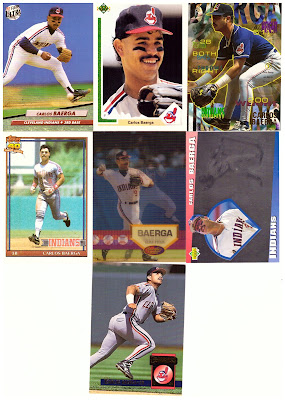 I'm officially adding Baerga to my offical PC. Brian probably sent me 3/4 of my collection so far !

thanks a lot Brian, another amazing and thoughtful selection of cards. That Topps Now is a perfect idea !
Posted by Kevin Papoy at 8:07 AM 3 comments: