Boy I am so smart with puns...

Anyway, Julie is one of my favorite people in the world in general and even more so in the card world. She proved why once again by immediately sending me the complete Blue Jays team set from 2016 Topps as soon as she'd opened her jumbo box (then again, she was quite disappointed with it, probably hasting her even more to just get rid of these extras). Of course, I can't just go to my local Wallmart or Target to get a blaster or some packs of this year's flagship (and I don't feel like paying $100 for a box to be shipped to me), so this is actually my first taste of this year's effort. Of course, I'm extremely late to the party (the chips and beer are stale and everybody's passed out on the couch), so there's really no point in adding to what's already been said, but ah well, it's my blog, I'll rant if I want to ! 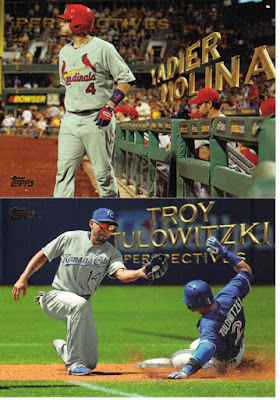 Those I really like. A couple of PC (let's hope Yadier recovers from surgery) and some nice full bleed photos that help make me forget the cheesy font.

The return of the first pitch insert (yay, women on cardboard!) and a cool Wrigley field one. 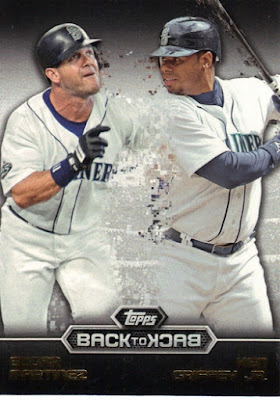 Ok. Whoever's responsible for this, please step up and admit it. There's absolutely nothing right, there. They aren't even back to back on the card, which was the whole purpose of this very badly made mashup. Back to arm is more like it. Half-ugly, half-very ugly. 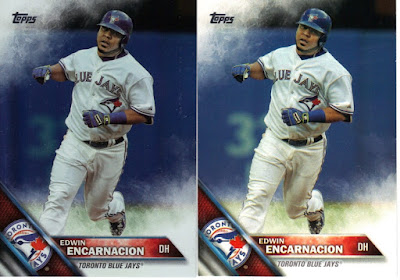 On your left, the rainbow foil parallel. They should stick to Gold, Clear and silver framed, if you ask me. 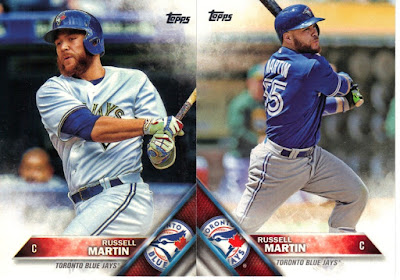 On your left, the photo variation SP. Or maybe it's the one on the right. It's still basically the same photo, so come on, what's the point ? 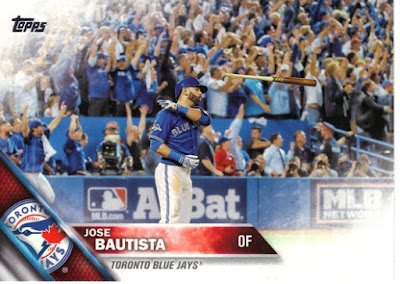 The iconic batflip, perfectly captured. I would've preferred to see it in Stadium club, but hey, it deserves to be in flagship for eternity. It's just that full bleed would've been better than blurry smoke effects...man what a game... 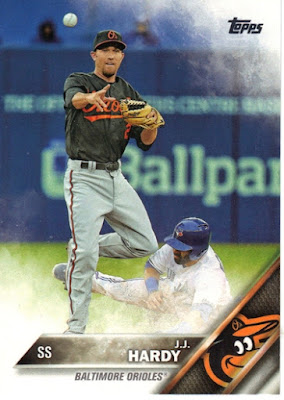 And a Bautista cameo ! great idea to include it in the package, I love that kind of outside of the box thinking from Julie. Always makes me smile. 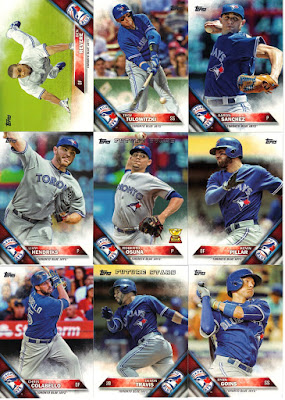 And finally, more Blue Jays, complete with 2015 stats on the back. Way too many close up shots at the plate for my taste, but ah well...

Thanks Julie for taking the time to send me all these so I could hold some 2016 cards in my hands !
Posted by Kevin Papoy at 1:42 PM 5 comments:

Transatlantic owl flight through the night

Greg (aka NO) was one of the first bloggers I reached out to when I started blogging myself. It took 18 months, but we finally completed our first trade (yay).

Here are the highlights of the small packet Greg was kind enough to send, and all were needed for my collection. 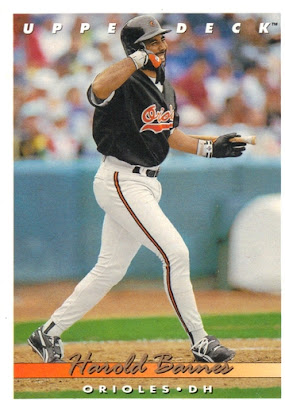 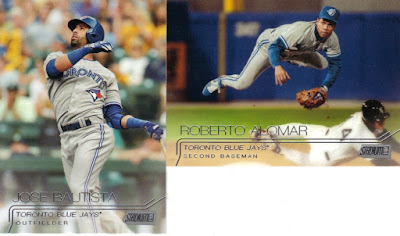 It took me long enough to get those couple beauties from Stadium Club. Good thing traders are here. 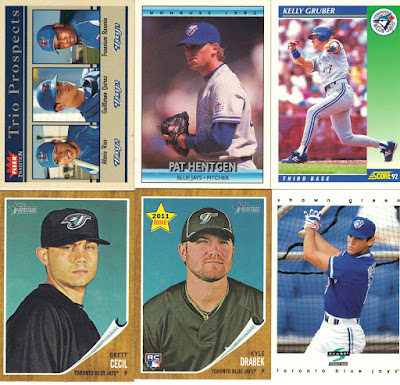 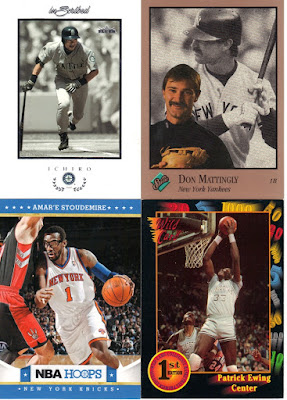 A couple of PC (I really like that Ichiro, and Studio is always a classic) and a couple of Knicks. I never get any basketball in trades (seems logical, this is a baseball card blog and community), so those are welcomed. 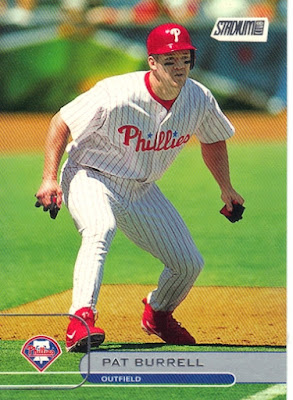 The only logical reason I can find to Pat Burrell having made it across the ocean is that he definitely looks like Scott Rolen. But yeah, not quite. 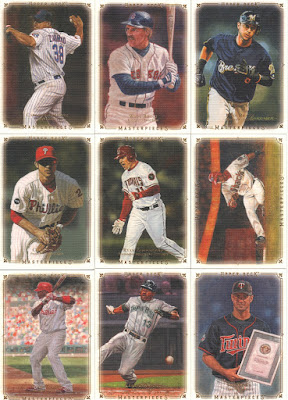 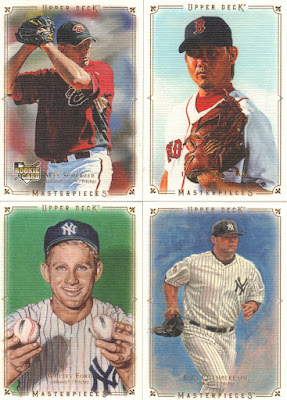 And finally, some much needed gorgeous Masterpieces cards for my budding collection .

Thanks a lot Greg for sending me a little bit of everything that fits my collection (plus Pat Burrell) !
Posted by Kevin Papoy at 8:09 AM 5 comments:

5K (and I'm not talking strikeouts)

This card is special. 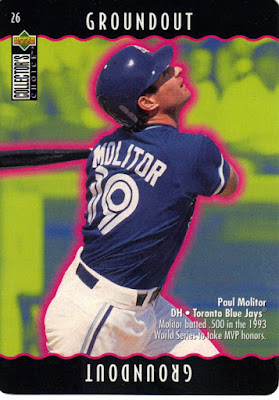 It's not very nice to have Upper Deck choose Molitor for a ground out (where's the respect ?), but I suppose somebody had to be it.

I already did a similar post for my 3 000 th Blue Jay (Molitor would've been more fitting for that milestone), but do know that this is the 5 000th unique Blue Jays card that I've added to my collection since re-entering the hobby 18 months ago. I'm psyched. So once again, thanks to all of you who've made it possible (and to justcommons, who always offers great international shipping bargains) blablablablabla (but it's a sincere blablablablabla).

On a side note, I really should update my wantlist, I'm missing a lot of 2015 singles

yeah, for those who wonder, I absolutely document everything. It was easy because I started this when I had "only" 10 000 cards and was having fun taking everything out of boxes and binders after hiding them for 20 years. Then all I had to do was update the spreadsheet every day when I got new cards. It's the organizing that makes it fun for me...(and no, that's not the Azureus logo you see at the bottom its...hum...*cough*) 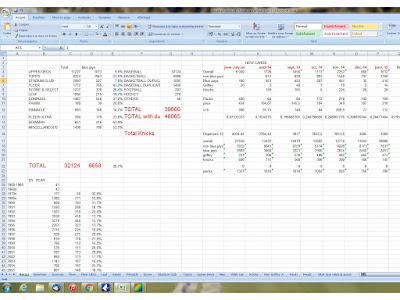 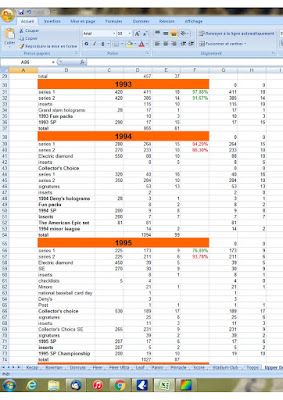