Anyway, I spent some time looking at cards from the 90s (as always)and figured I might as well check other sports. I collected basketball heavily until 95, so I have no idea what happened after that, and football and hockey for a very short period, around 93-94. Plenty of catching up to do. A certain MJ and very low print runs make late 90s basketball cards impossible to collect, but football and hockey are very affordable.

Let's check out those cards ! 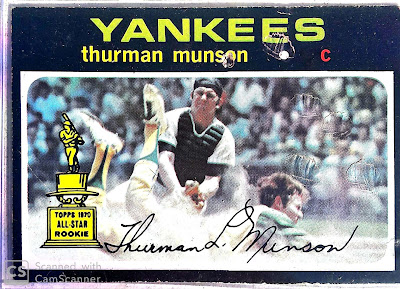 Here's an iconic card I've wanted for a while. This copy is in very poor condition, but it's ok and still nice to look at. Plus, it was $5 and usually bad condition cards go for $10. Felt like a bargain. 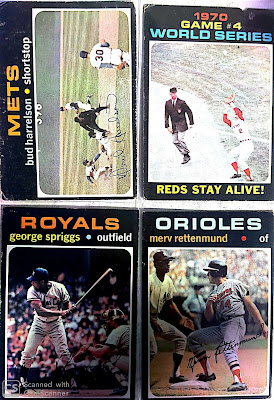 Just cards I like. Merv Rettenmund is a perfect name. 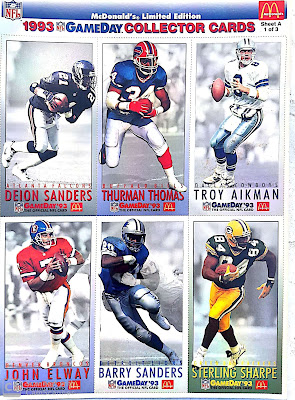 I had a sheet just like that one 25 years ago, that I got at Mc Donald's. I remember there were regional issues, I think this is the national one. I might actually still have it somewhere. I don't always make the smartest of purchases. 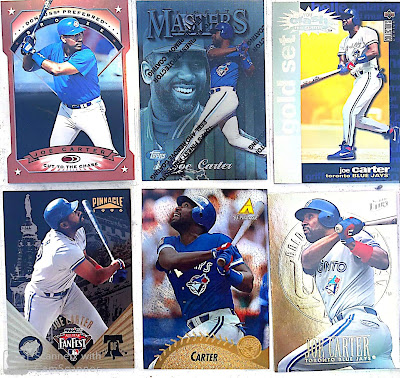 Some Carters I was missing. For some reason, I love those You crash the game cards, and those Gold medallions are awesome. 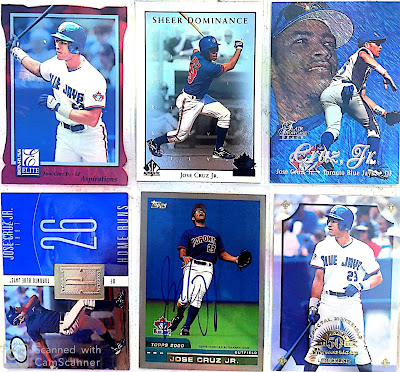 Cruz Jr, Carter and Olerud are my main Blue Jays collections. Cruz Jr because his cards are cheap, even the rarer ones, and he was in a bunch of insert sets from the late 90s. The Flair Showcase for example was seeded one per box. And it's shiny and all pretty. 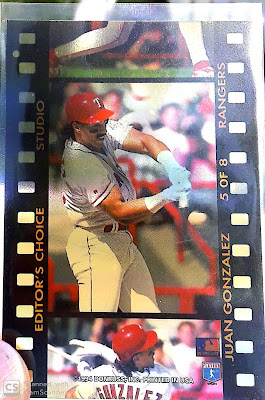 Those remind me of maybe my favorite insert of all time : Slideshow. So I grabbed another cheap one ($1). I'll pick one from time to time to try and complete the set. 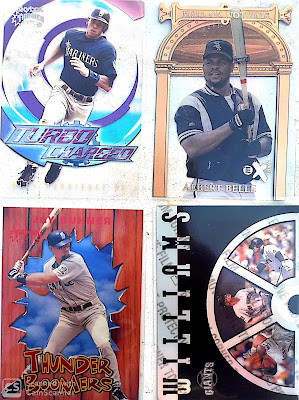 Aaaaaaaah. man I love those cards. All acetate, and that Turbo Charged looks amazing. I already had the Mo Vaughn Heading for the hall, so I added another player nobody likes. I'm kind of a cheapstake. 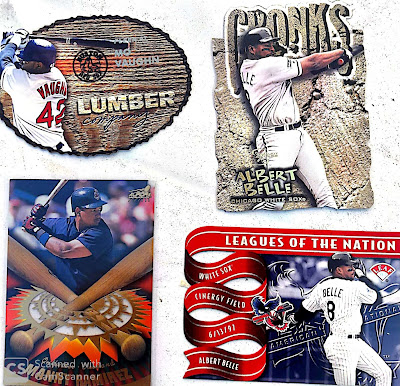 When it's not acetate, it's die-cut ! The Lumber one is kind of silly. There's felt on that Leagues of the nation card, and Deion Sanders on the other side. 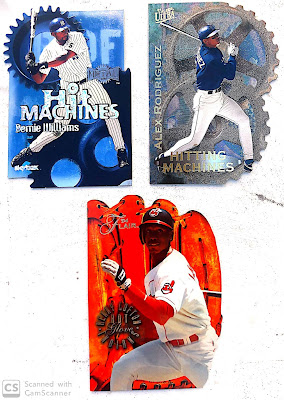 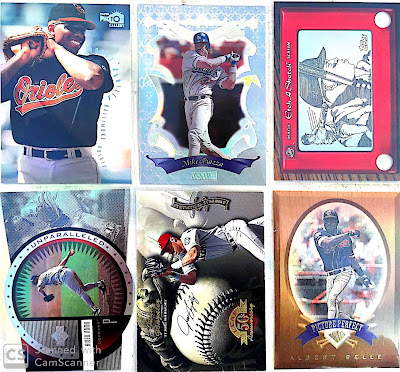 More inserts I love ! Photo Gallery is a great insert set , I didn't know about Stadium Club Royal court until I saw that very, very nice Piazza, Picture Perfect is also a favorite of mine, and 98 statistical standouts isn't as nice as 96, but I wanted to see one in person. 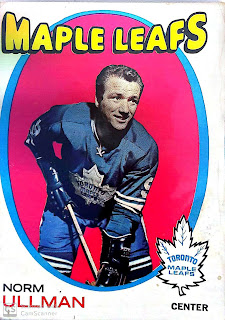 Now, for something completely different : vintage hockey ! I figured I might as well start vaguely collecting Maple Leafs cards. This is a great design, btw. 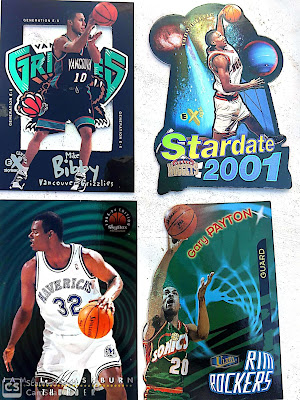 I picked up what looked like interesting and fun basketball inserts. I'm not disappointed ! 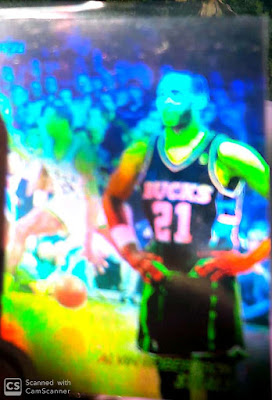 Oops, it's all blurry. But still one of my favorite sets of all time. The golden age of Upper Deck holograms ! 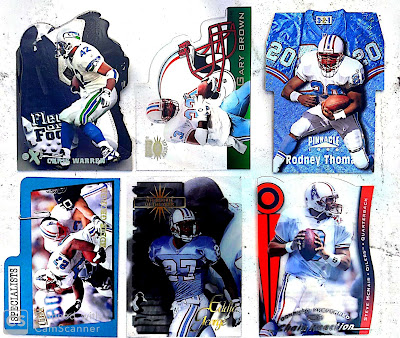 I could've picked up sooooo many interesting football cards, but I had to limit myself. But man, just when I thought I'd seen everything there was to see from the 90s, another door opens. Fun times lay ahead !